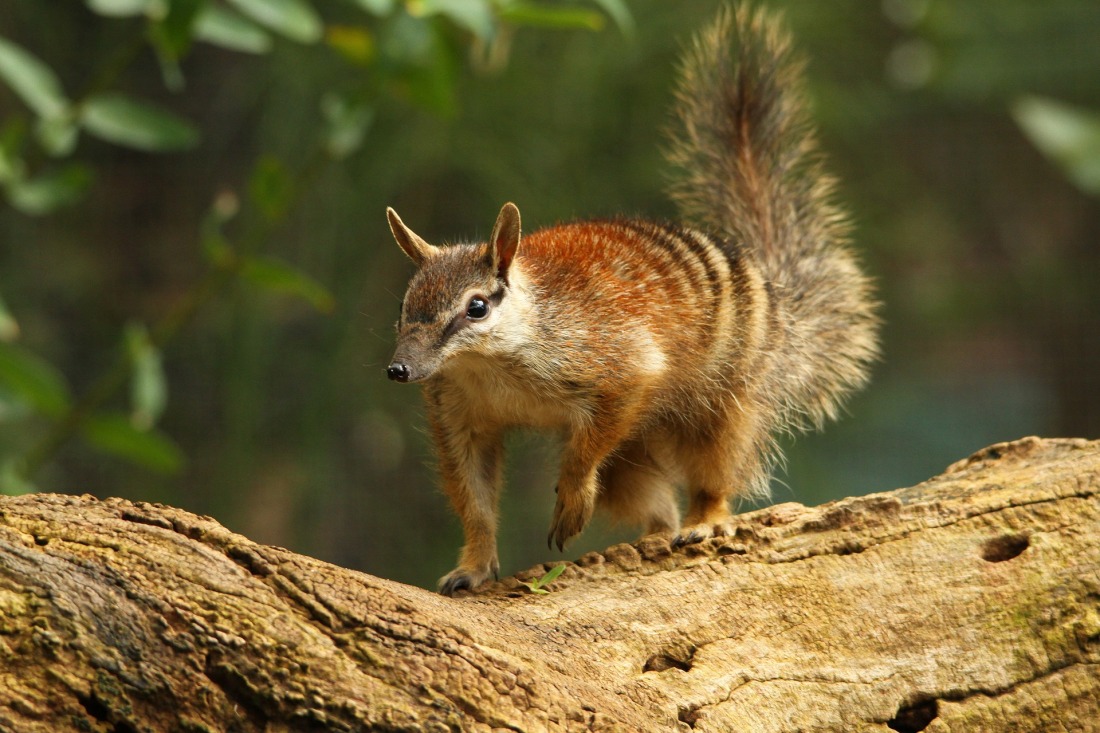 With Parliament rising this Thursday for the winter recess, this week is crunch time for reform of Australia’s national environmental law, the Environment Protection and Biodiversity Conservation Act 1999 (EPBC Act).

When Environment Minister Sussan Ley popped up to address the National Press Club last Tuesday, and simultaneously released a document and timeline under the title ‘A pathway for reforming national environmental law’, it was clear that the push was on to get the government’s environmental reform agenda through, before MPs leave Canberra’s cold winter behind for their (mostly) warmer electorates.

The story so far

The EPBC Act must be reviewed every 10 years. In 2020 the second such review was undertaken by Professor Graeme Samuel, who submitted an interim report last June and a final report in October.

Professor Samuel was very critical of the Act, and the government’s administration of it, in both these reports. So was the Auditor General, who also released a highly critical report in June.

While it might seem that the government were stung into action by the release of two critical reports last June, it seems more likely that they wanted to capitalise on the sense of urgency created by these reports to pursue their own agenda. This agenda was confined to one of the many issues raised in the Review, that of regulatory duplication and overlap, or what the government terms ‘green tape’.

In any event, the government responded without waiting for the final Samuel Report, introducing an EPBC ‘Streamlining Bill’ last August, guillotining it through the House of Representatives and introducing it in the Senate, where it became stuck in November, following a Senate Committee Inquiry.

In that Inquiry, three key cross-benchers – Senators Rex Patrick, Jacqui Lambie and Stirling Griff – sided with Labor and the Greens in opposing what they saw as a rushed attempt to devolve environmental decision-making to the states.

In response, and no doubt seeking to win over these key votes, the government introduced a second bill, the EPBC ‘Standards and Assurance Bill’ early this year. This Bill provided for the environment minister to set national environmental standards and for an independent ‘watchdog’ over the new devolved arrangements, the Environment Assurance Commissioner.

The government also announced that the first and interim set of national environmental standards would reflect the existing (and much criticised) Act, rather than the new draft standards that Professor Samuel had included in his final report.

Like the Streamlining Bill, the Standards and Assurance Bill was referred to a Senate Inquiry, which reported earlier this month.

This time the position of the three critical cross-benchers is less clear, as only Senator Patrick prepared a dissenting report. However, Senator Lambie later commented to the media.

Senator Patrick was critical of both the standards and the Assurance Commissioner. He was concerned that the government’s proposed standards were much weaker than Professor Samuel had recommended. He was also critical of the fact that the standards would be made by the minister rather than by Parliament.

As to the Assurance Commissioner, Senator Patrick’s view was that, for the watchdog to be effective, ‘it must have a sharp set of teeth.’

Quoted later in The Guardian, Senator Lambie said was her usual feisty self but did not rule out compromise. The reforms would be reforms would be ‘dead in the water if [Minister Ley] doesn’t tighten up the standards’ she said.

Woo any waverers while also preparing for loss

While Senator Lambie hasn’t ruled out compromise, the government have made it clear that it will not compromise on devolving many EPBC decisions to the states and starting out with standards that merely reflect the current law.

However, it clearly feels vulnerable to the criticism that it has simply cherry-picked Professor Samuel’s recommendations, something that he warned against in his report.

As a result, Minister Ley has released a document entitled ‘A pathway for reforming national environmental law’, supported by a proposed timeline depicting four stages of reform through to 2024.

The problem with this pathway is that it contains very little of substance beyond what has already put on the table. The pathway and timeline are generic; they outline a staged process and contain a commitment to consultation.

However, the pathway could lead to anywhere or to nowhere in particular. There is no vision, no sense of where the government wants to go in terms of substantive policy, beyond the barebones commitment to moving to standards-based decisions.

As a result of the government’s decision not to respond to the Samuel Review, but instead to start a reform process leading who-knows-where, we are left with some big questions.

Does the government agree with Professor Samuel that ‘Australia’s natural environment and iconic places are in an overall state of decline in the under increasing threat’? We do not know.

Do they agree with him that ‘broad restoration is required to address past loss, build resilience and reverse the current trajectory of environmental decline’? We do not know.

Do they agree with Professor Samuel that ‘to shy away from the fundamental reforms proposed by this Review is to accept the continued decline of our iconic places and the extinction of our most threatened plants, animals and ecosystems’? In my view, clearly not, although the government is trying to build a credible argument to say otherwise.

Will the government manage to secure the vote of at least one of the three key cross-bench Senators to get this hollow plan through the Parliament? We’ll know very soon, possibly even before you read this.

Image by Seashalia Gibb from Pixabay. 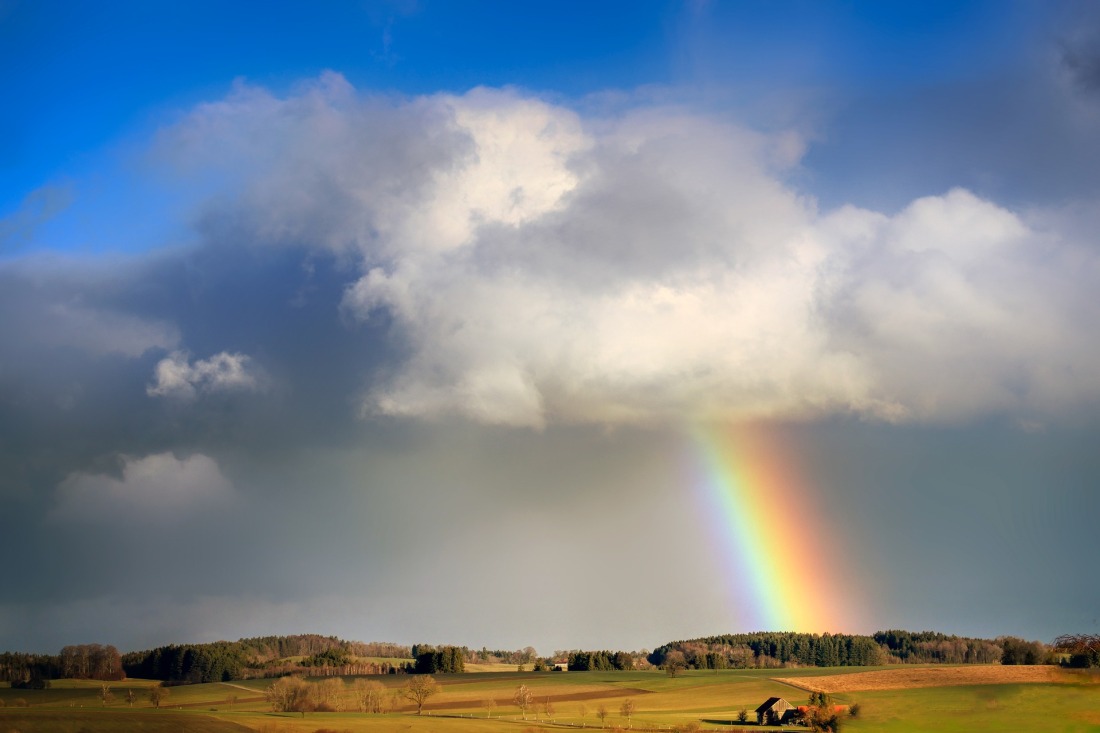 What would happen if we actually got decent environmental standards?

After several months of turbulent debate over what will become of Australia’s Environmental Protection and Biodiversity Conservation Act, we are approaching the end zone of Professor Graeme Samuel’s review. ‘Environmental Standards’ look set to become part of environmental regulation in Australia and many people, including me, are wondering whether they will be good enough and, even if they are, how will it change things.

Professor Samuel’s Independent Review of the EPBC Act is due in a month. The Government has jumped the reform gun by introducing ‘streamlining’ amendments to the Act designed to enable ‘single touch’ environmental decisions by states, replacing the dual system of federal and state decisions that we have now.

Although pitched by federal environment minister Sussan Ley as ‘the first tranche of EPBC Act reforms linked to the independent statutory review of the Act’, [link: ] this Bill is no more than a rebadged version of the Abbott Government’s 2014 ‘one stop shop’ Bill that failed to pass the Senate. It doesn’t include any of the reforms identified by Professor Samuel in his Interim Report, such as the application of binding National Environmental Standards to accredited State environmental decisions.

Once again the Government finds its path blocked in the Senate, although this time the three cross-benchers concerned are not necessarily opposed to the Bill, but only to the idea of passing ‘reforms’ without seeing the report to which the Government links them, or without a Senate Inquiry into the Bill, or perhaps both.

How will things play out?

My crystal ball isn’t good enough to see how all this might play out. Perhaps we’ll see a Senate Inquiry, not just into the streamlining Bill but into the full Samuel Report. This would put everything on the table, from threatened species protection to Indigenous heritage failures (think Juukan Gorge).

On this scenario, instead of being able to deliver the ‘single touch’ model by Christmas as part of its COVID-19 recovery plan, the Government might find itself wading through the environmental policy swamp in the Senate for months, where it does not control the numbers.

Another scenario is that, in an effort to avoid wading into the swamp, that the government cuts a deal with Labor on the policy. What if we ended up with bipartisan support for accreditation based on standards?

Are standards the answer?

On the surface, such a deal could be attractive politically and environmentally. We’d get the efficiency of ‘single touch’ decisions, with checks and balances in the form of standards: quick decisions, but not at the expense of the environment.

Unfortunately it’s not that simple.

Professor Samuel recommended a phased approach, starting with interim standards, but refined over time with increasing ‘granularity’. This might mean that early standards are too general to be enforceable and so make little difference on the ground. Moreover, once interim standards were in place, States and developers alike would probably resist the progressive tightening that would come if the Commonwealth embarked on a program of rolling out progressively more-detailed standards.

Standards would be a new element in the environmental decision-making equation. As such, they represent something of a wild card and would probably attract legal challenges as environment groups tried to establish that standards should make a real difference to decisions.

But what if we actually got a decent set of standards?

But what if the standards were ideal, clearly and accurately identifying what was needed to maintain or enhance the condition of important environmental values such as threatened species?

First, we lack the ability to measure what’s happening to the environment on a routine and ongoing basis. We’d need to complement the standards with quality and up-to-date information. Professor Samuels said a ‘quantum shift is required in the quality of information, accessible data and information available to decision-makers’. This would be expensive and take years to implement.

Then there’s the politics. Given the parlous state of the environment, well-defined standards, applied with precision, would often throw up the answer ‘You can’t approve that. It would result in the degradation or loss of [insert environmental value here, eg significant area of critical habitat, river-flow needed to maintain a Ramsar wetland, etc]’.

I think many politicians know this, if not consciously, at least instinctively, and would not wish to go down this track. We’d be tapping into what makes the environment such a wicked problem.

‘Doing the right thing’ could come at significant opportunity cost to the economy, not to mention direct impacts on various vested interests, while the standards would place any failure to do so in stark relief. There’d be nowhere to hide, no fudges available.

The recent threatened walk-out from Government by the National Party in NSW, over new and more precise guidelines concerning koala habitat provides a foretaste of this.

Standards alone are not enough

To me, the missing link is a means to bring society along with new standards, to create a broad acceptance that maintaining a quality of life for our children, even our future selves, will require difficult decisions.

The Gillard Government sought to do this in its ‘Clean Energy Future’ climate package in 2011. One element of the package was a Climate Commission, charged with engaging with the ordinary person, through ‘town hall’ meetings and the like, to explain the need for climate action. Unfortunately, the Commission bit the dust along with the carbon price, in 2014.

I know that anything associated with the repealed carbon price is political anathema, but this is where we need to go. We need broad community acceptance that we can’t live beyond our environmental means, and to explain what that means.

After 75 years of ‘jobs and growth’ messages from Western governments, going back to US President Truman’s urging in his State of the Union address in 1945 to ‘move forward … to the full utilisation and development of our physical and human resources’, that’s a tall order indeed.

Image by Albrecht Fietz from Pixabay

Key messages from our featured blog: Nature Repair Market bill may repair the environment, but is it the Budget that will need repair?

Can markets put a value on improvements in biodiversity, enabling landholders to be paid for their services to nature and allowing businesses, among others, to invest in the biodiversity credits that landholders would produce. The new Nature Repair Market bill certainly aligns with this framing, but investors are unlikely to sign up, at least not without inducements.